Music and travel are a powerful combination. That is why Perform International has curated a team with a passion and expertise in both. We desire to bring the transformative power of international travel and performance to your program and your ensemble.

We see every trip and festival as an opportunity to celebrate the unique character of each musician while building a sense of unity and belonging through the universal language of music.

We look forward to working alongside you to create a memorable, meaningful, and cost effective tour for your choir, band, or orchestra. 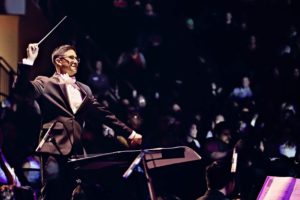 Dr. Gene Peterson is the Director of Performance Tours at Perform International and the Director of Choral & Vocal Studies at the Collinsworth School of Music at California Baptist University in Riverside, California, USA. His diverse and extensive background in both academic and church music contexts supports his leadership in international performance events and tours, as well as choral arts ensembles, worship ensembles, graduate choral conducting and vocal programs at CBU. Dr. Peterson’s breadth of expertise and experience, engaging and articulate teaching, and passion for mentoring the next generation of musicians is apparent through his work in the academy, the church as well as his work around the world. 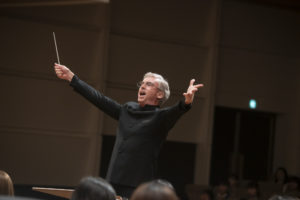 Serving since 1988 on the faculty of The University of Texas at Austin where he holds the Vincent R. and Jane D. DiNino Chair for the Director of Bands, Jerry Junkin is recognized as one of the world’s most highly regarded wind conductors. He serves as Music Director and Conductor of the Hong Kong Wind Philharmonia and as Artistic Director and Conductor of the Dallas Wind Symphony. In 2005 Jerry was presented the Grainger Medallion by the International Percy Grainger Society in recognition of his championing of Grainger’s works. Jerry Junkin is an enthusiastic advocate of public school music education, having conducted All-State bands and festivals in forty-eight states and on five continents. Jerry Junkin is a Yamaha Corporation Master Educator. 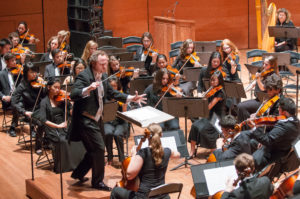 Jeffrey Grogan is an internationally acclaimed conductor and teacher currently serving as Director of Orchestral Activities and Professor of Music at the Wanda L. Bass School of Music and as Artistic Director of the Oklahoma Youth Orchestras. He has served as adjudicator, conductor, and clinician for many prestigious national and international events. In 2018 he was invited by the LA Philharmonic to conduct with Gustavo Dudamel and Michael Morgan at Disney Hall. Mr. Grogan’s orchestras have performed in some of the greatest concert halls in the world, including Carnegie Hall, Kennedy Center, Lincoln Center, Musikverein & Konzerthaus in Vienna, Sydney Opera House, and Smetana Hall in Prague. Jeffrey Grogan is a Yamaha Corporation Master Educator. 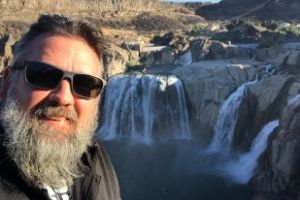 Sean Berg has spent 24 years serving as a Performance Specialist Tour Guide, and Production Manager, having started his journey in New York City producing festivals at historic Carnegie Hall and Lincoln Center. In 2012, he founded his own company to provide customized performance tour experiences to a variety of domestic and international destinations. Sean received his Bachelor of Arts in Music Education from Clarke University and his Master of Music in Choral Conducting from East Carolina University. He is also the Founder and Artistic Director of the Mill Creek Chorale, a 100-voice adult community choir in the Seattle area. Ensembles under his direction have performed at Carnegie Hall, Alice Tully Hall, Orchestra Hall in Chicago, The National Cathedral, St. Patrick’s Cathedral in Dublin, and Notre–Dame de Paris. 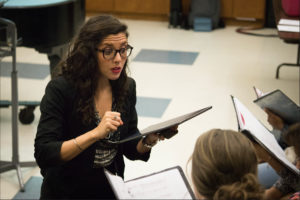 Dr. Emily Williams Burch is founder and artistic director of RISE Chorales, a community choir based in Savannah, GA for youth of all ages with a mission to “revolutionize & inspire singing excellence” through vocal music education, socials, and service projects. For nearly ten years, she served on the podium as Director of Education & Music for the Savannah Children’s Choir. Dr. Burch has also served as Department Chair and taught General Music/Piano at The Garrison School of Visual and Performing Arts. Choirs under Emily Burch’s direction have performed regionally, nationally, and internationally. Dr. Burch is thrilled to help directors, singers, and communities fulfill their dreams and enhance life experiences through travel. 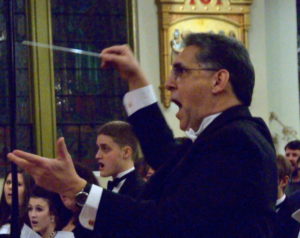 Craig G. Cannon was most recently the Director of Choral Organizations at Duquesne University in Pittsburgh. While at Duquesne he directed the Voices of Spirit and the Pappert Women’s Chorale. Mr. Cannon has been appointed as the Artistic Director of the Pittsburgh Boy Choir and is also the Artistic Director and Founder of Belle Voci of Pittsburgh. In 2013, Craig retired as the Director of Choral Activities at Fox Chapel Area High School. Under Cannon’s direction, the FCAHS choral ensembles were selected to sing at numerous PMEA & ACDA conventions and toured extensively. Mr. Cannon is a life member of ACDA and completed a two-year term as President of ACDA’s Eastern Division. In 2017 Craig Cannon was the recipient of the “Elaine Brown Lifetime Achievement Award,” the highest award for choral music excellence bestowed by ACDA Pennsylvania. 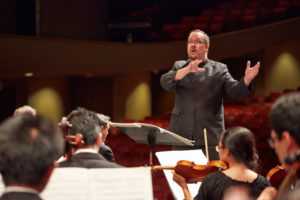 Miguel Ángel Felipe is the Director of Choral Activities at the University of Arizona. Felipe is active around the US, Asia, South America, and Europe as a guest conductor, clinician and adjudicator. Dr. Felipe’s choirs have performed internationally and domestically, and he has led choirs at Harvard University, the Universidade de São Paulo, Ribeirão Preto (Brazil), and in various churches including, most recently, at the Lutheran Church of Honolulu. Miguel is a vice-president of NCCO. 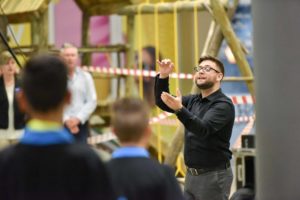 Kenny Kabak is a native of St. Louis, Missouri, USA. He graduated with his Masters in Music with an emphasis in Choral Conducting from Missouri State University, where he also completed a Bachelor of Music Education degree. Kenny serves as the Children’s Choir Director at Christ Episcopal Church in Springfield, MO. He is a founding director of the Springfield Street Choir, a non-profit 501(c)(3) choir that serves members of the Springfield community that are currently/formerly homeless or experiencing extreme deprivation. Kenny served as the Conductor of the Drakensberg Boys Choir School in KwaZulu-Natal, South Africa where the choir ranked as one of the top three children’s choirs in the world with their World Choir Games performance (2018). He has toured extensively with the Drakensberg Boys Choir, as well as with the Missouri State Chorale including trips around the United States, Scotland, England, South Africa, and Japan.

Tesfa Wondemagegnehu serves as the conductor of the Viking Chorus and the Chapel Choir at St. Olaf College. Wondemagegnehu most recently was the Director of Choral Ministries at Westminster Presbyterian Church of Minneapolis, where he co-founded the Justice Choir movement with noted composer Abbie Betinis. As a high school teacher, he was named Orange County Public School’s Teacher of the Year and received the Macy’s National Magic of Teaching Award. He led his choirs in performances at state conventions of ACDA and the FMEA. Wondemagegnehu has performed, presented workshops, and conducted honor choirs across the United States, Canada, Germany, Austria, Hungary, and Costa Rica.

Paul Lam is the senior advisor for Perform International. Over three decades, he has successfully organized a vast number of performance and special interest tour programs to internationally acclaimed events such as the FIFA World Cup USA, Beijing Olympic Cultural & Music Festival, Oberammergau Passion Play, and the Rome Sacred Music Festival. He is also the founder of Kingsway International. 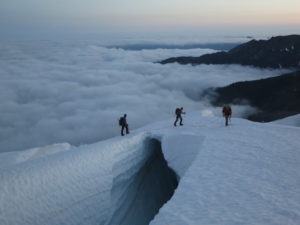 Roland Zuehlke has worked in the music performance and travel business for over 30 years. He has travelled to and lived on six continents (still working on that Antarctica Music Festival idea) and speaks multiple languages. Roland travels extensively to hear PI’s amazing clients perform all over the world and to explore new destinations and concert venues. When not on the road for PI, he loves to climb mountains in the US, Europe and South America. 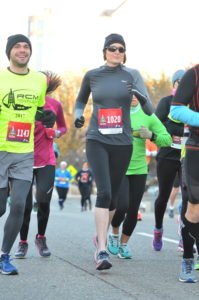 Born and raised in Ireland, Zoe Franciscus has worked in the travel industry for over 25 years. She’s lived and taught English in Japan and has been fortunate to travel throughout South East Asia and extensively in Europe. Franciscus managed her first music tour, a large youth orchestra, concertizing in Europe in 1999, and has had the privilege of traveling with hundreds of choirs, bands and orchestras, all over the world ever since. Visiting the Baltic Countries was one of her top music experiences to date and working on unique festival ideas is her specialty! As an avid marathon runner, she loves to start her days on the road clocking miles before the sun rises.

Antony Gullick is a multi-award-winning music educator from Sydney, Australia. He was awarded The National Excellence in Teaching Award, has received two scholarships to study music in Cuba and was awarded the title of “Education Hero” in 2012 for his work in music education in Australia and Cuba. Antony has been leading music groups to Cuba since 2003 and spending months in Cuba every year makes Antony an expert in all things Cuban and, in particular, Cuban music. He has the rare honor of being the guest band director at the National School of Music and the Amadeo Roldan School of Music in Havana and also works closely with many of the choirs including the National Choir of Cuba. His connections in Cuba and love of Cuban culture and its people have allowed Perform International unparalleled support from the Cuban Government and music institutions. 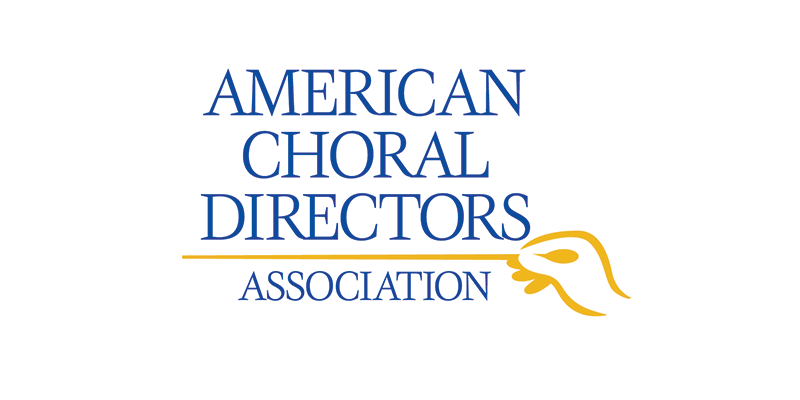 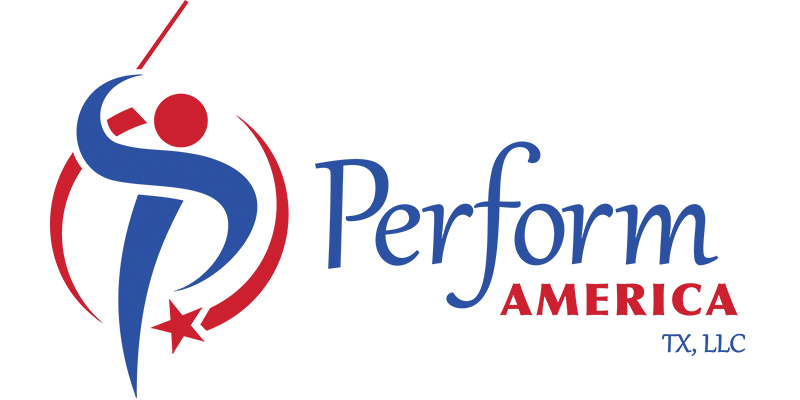 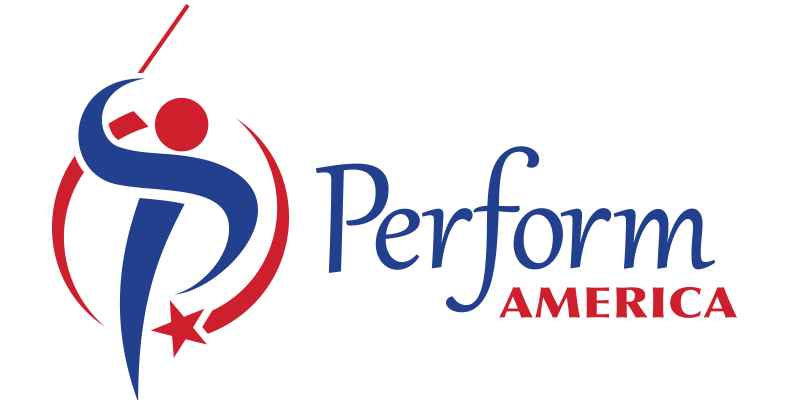 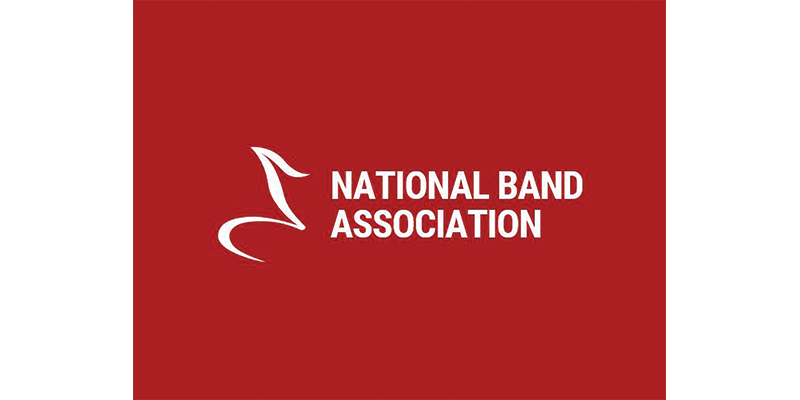 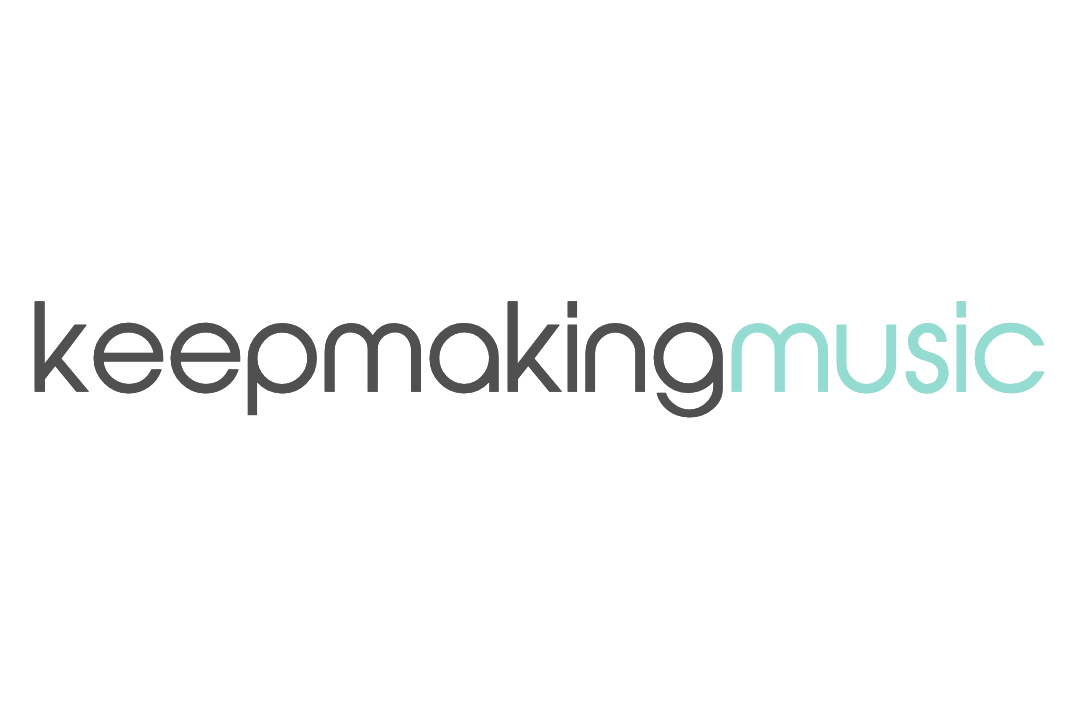